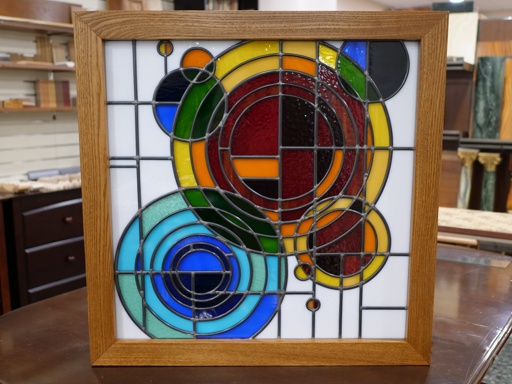 Heritage Restoration’s latest stained glass commission served as the finale to a special tribute night that honored a local developer and philanthropist. The event was attended by Heritage’s Chief of Operations and had entertainment provided by the Beach Boys and the Peoria Symphony Orchestra.

Easter Seals is a non-for-profit institution that provides support services to persons suffering from a wide array of disabilities and special needs. Each year, the Peoria chapter of the organization honors a member of the community who has contributed to the success of the local area. Kim Blickenstaff was selected as the recipient of Easter Seal’s thirty first annual tribute. Blickenstaff, a philanthropist who heads the development firm KDB Group, has invested significant amounts of capital into restoring several broken down buildings in the Peoria area. As a token of appreciation, he was thrown a special celebration at the Scottish Rite Theatre. The evenings entertainment was provided by the Peoria Symphony Orchestra and the Beach Boys.

Heritage Restoration was commissioned to create a stained glass window for this event. The window would be presented to Kim Blickenstaff by Easter Seals as a momento of his efforts in the local area. Originally, the window would have depicted a stylized arrangement of Blickenstaff’s initials; however, this design was later changed to reflect the theme of the event. To coincide with the Beach Boy’s song “Good Vibrations,” the evening’s coordinators had developed a logo consisting of colorful concentric circles that overlap. These circles represent the positive effects that spread from Blickenstaff’s contributions to the community.

After the design was finalized the window was created in our glass studio. The complex design required several small segments of glass to fit into the crevasses surrounded the overlaps between the large circles and dividing lead lines. In total 130 pieces of colored glass were used to create the window. A custom wooden frame would support the stained glass, as well as house a custom light box to allow the window to be used in spaces without natural sunlight. 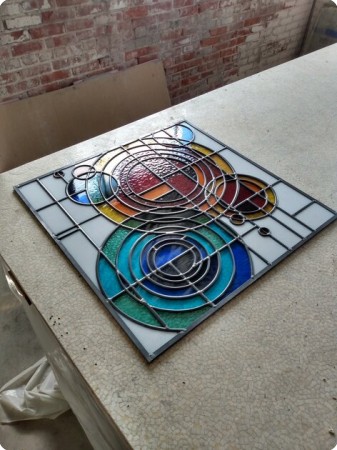 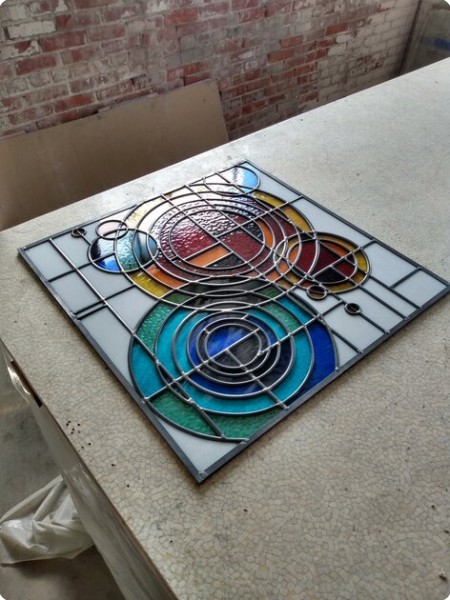